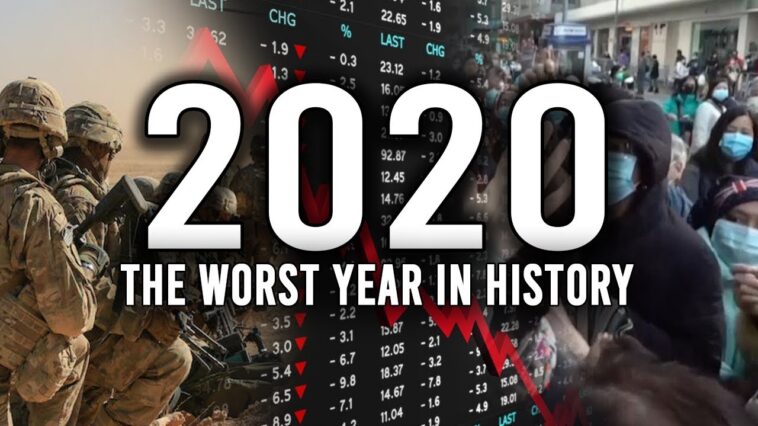 People around the world has suffered much in the year of 2020 and has lost dozens of lives. Since it’s has been only 6 months in this year of 2020 so we’ve covered a list of worst events that has happend in this year.

so we would start our list from the month of january

1. Brush fires destroyed millions of Acres of land in Australia

On January 2, brush fires destroyed Australia. This bushfire season is called black summer. More than half of the Australians affected by this bushfire crisis, including millions whose health has been affected. As of March 9, the fires, unprecedented for Australia in terms of duration and intensity, burned an estimated 18.6 million hectares, destroyed over 5,900 buildings, and killed at least 34 people. However, smoke pollution that blanketed the country’s southeast during the bushfire may have killed more than 400 people, according to the estimate published in the Medical Journal of Australia.

The outbreak of coronavirus, or COVID-19, is one 2020 calamity that has caused all human being in the world. As from the start Expert Alert About A New Strain Coronavirus Outbreak In China. The outbreak was first identified in Wuhan, a city in China’s Hubei province, in December 2019, and was recognized as a pandemic by the World Health Organization on March 11. As of March 21, more than 276,000 cases of COVID-19 have been reported in over 180 countries and territories, resulting in more than 11,400 deaths and 90,000 recoveries. And Pakistan is also suffering from this coronavirus. You can see What steps are taken by Pakistan.

Still it is the 7 month of this year 2020, coronavirus is still rapidly spreading. Many people lost their lives due to this Covid-19.

As in May 2020, An International Airlines flight of Pakistan crashed into houses. And due to this crash, 97 peoples lost their lives. But it is a miracle that two passengers survived. But as during the investigation, into the plane’s strange behaviour around takeoff, the latest deadly plane crash in Pakistan’s long history of aviation incidents. This incident also happen during the holy month Ramadan of 2020. It is one of the worst event happen in 2020.

The Ukrainian flight, which was en route to Kyiv, came down near Imam Khomeini Airport shortly after take-off. Victims included dozens of Iranians and Canadians, as well as nationals from Ukraine, the UK, Afghanistan and Germany.

On Saturday morning, an Iranian military statement read on state TV announced that it had struck flight PS752 with a missile by mistake.

It said the plane had turned towards a “sensitive military center” of the Revolutionary Guards, a force set up to defend the country’s Islamic system. The statement said it had the “flying posture and altitude of an enemy target”. Many peoples lost their lives during this incident. 2020 is a bad year. Many worst things happens in this year

Hundreds of billions of locusts swarmed through parts of East Africa and South Asia in the worst infestation for a quarter of a century, threatening the food supply of tens of millions. The Food and Agricultural Organization said that the locusts could affect the food security of 25 million people.

A fourth generation of locust eggs is now hatching, which experts predict will create a locust population 8,000 times larger than the current infestation. The scale of the locust outbreak, which affected seven East African countries, was like nothing in recent memory.

6. Earthquakes in Turkey and the Caribbean

A total of 41 people were killed and more than 1,600 were injured in eastern Turkey because of earthquakes. 2020 is very worst for us. As in this year we lost number of our loved ones

Floods in Indonesia’s capital Jakarta and nearby towns on the early hours of January 1, killed 66 people and forced almost 400,000 to flee their homes. At least 182 neighborhoods had been submerged in the city’s greater area, inundating thousands of homes and buildings, including the presidential palace, and paralyzing transport networks.

The 2020 Delhi riots included multiple waves of bloodshed, property destruction, and rioting that killed 53 people, most of whom were Muslims who were shot, slashed with repeated blows, or set on fire by Hindu mobs in North East Delhi beginning on the night of February 23.

Red-hot lava gushed out of a volcano in the Philippines on January 12 after a sudden eruption of ash and steam forced villagers to flee and also shut down Manila’s international airport, offices, and schools. There were no immediate reports of casualties or major damage from Taal volcano’s eruption south of the capital. But clouds of ash blew more than 100 km (62 miles) north. This one is also a bad event happens in 2020.

May this worst event ended and good events occur.