Disable the NSFW warnings that refer to content considered inappropriate in the workplace (Not Suitable For Work).

After suspecting that Mohsin is cheating on her. According to detail provided by her, she caught her husband on 26 November 2018 and confronted with him in a calm manner about this affair. When she confronted him, instead of being embarrassed he start beating her. She was pregnant at that time. He pulled her from hairs, dragged her on floor, kicked her many times, punched her on face and threw her on the wall.

Later, she didn’t disclose anything to her parents to save them to sharing this terrifying experience. Fatima further stated that on 20th May 2019, she gave birth to a baby boy. Her husband is not there to comfort her in the process. He was sleeping in Karachi with his girlfriend and Mohsin visit after two days of delivery just to take pictures and gain some publicity.

And she also said on 17 July 2019, she went to Mohsin’s house and requested him to take responsibility of his son. And he again tortured her.

Fatima said,” she is going to initiate legal proceedings against Mohsin and will see him in the court.” Mohsin Abbas Haider accused of beating his Pregnant Wife.

Pakistani Celebrities give reaction on this domestic Abuse

Pakistani celebrities give reaction on this domestic abuse. All the social media is broke down about this abuse.

Muneeb Butt posted about #saynotodomesticviolence. He posted on his story ” Domestic violence causes for more pain than the visible marks of bruises and scars”. 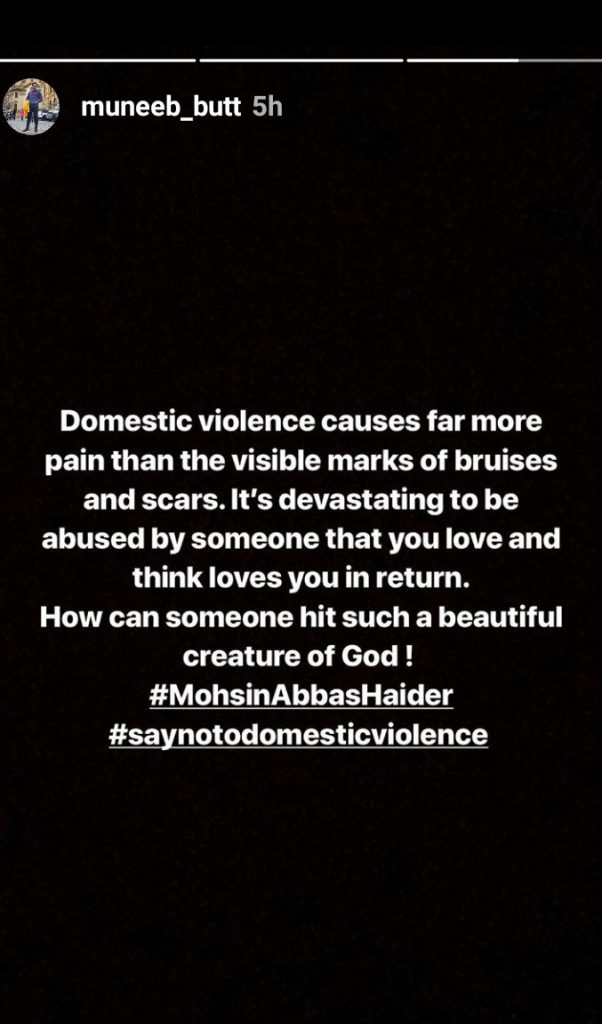 Hania Aamir posted on her story: ” You know all the fame you get, don’t pay off when you’re a piece of shit”. 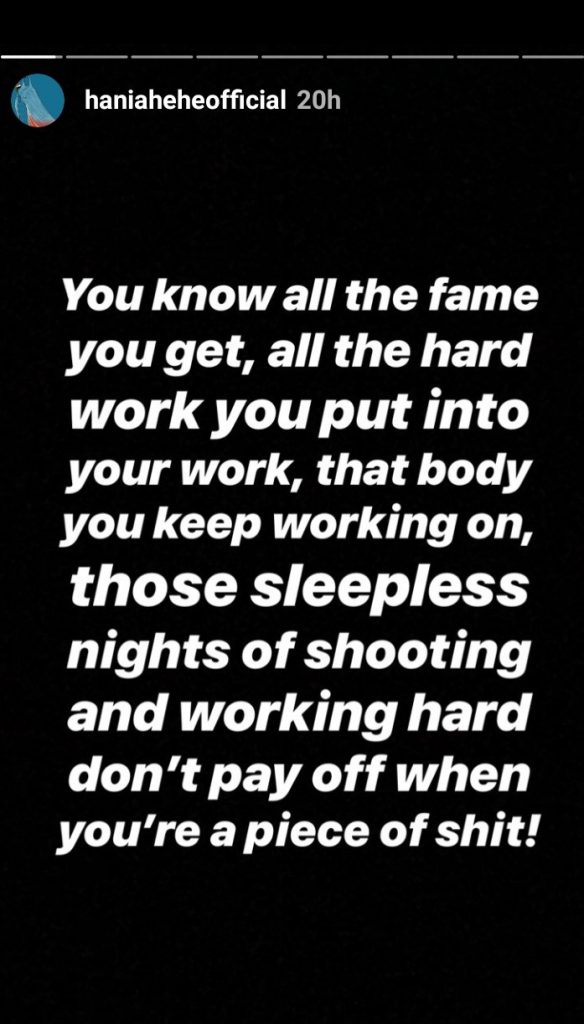 Mohsin Abbas Haider also work in the film industry of Pakistan but he don’t do a good with his wife. He abused his wife when she is pregnant and torture her. Many other celebrities stand with the Fatima and all the social media is broke down with this domestic abuse.

Browse and manage your votes from your Member Profile Page

Don’t miss out on new posts

Welcome to Pakistan Top stories, your number one source for Creating and discovering Articles.