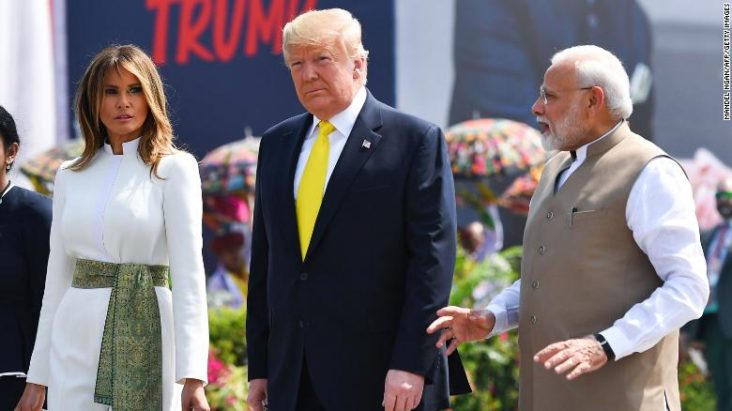 Many websites and news channels are showing the headlines that the US has a very good relation with Pakistan. According to the different news’s the US and Pakistan try to stand with each other in every situation the hard or easy maybe

This Address of Trump creates a mess between the Modi and the people’s minds. Our Pakistan outlets highly promote and the news that how he mentioned the good relationship with Pakistan

The report further says, “… Trump arrived in India to a rousing welcome on Monday and soon settled down to praising the country’s ‘secular heritage

Donald Trump Packed A People In Cricket Stadium And Addresses

Trump gathered 1,00,000 people in the world largest Motera Cricket Stadium in front of Prime Minister Narender Modi home state and addresses the shock over the large crowd that this administration had very good ties with the Pakistan relationship

Trump’s Urges The Two Side Diplomacy In Delhi

Talking About The Terror Emanating Issue From Pakistan